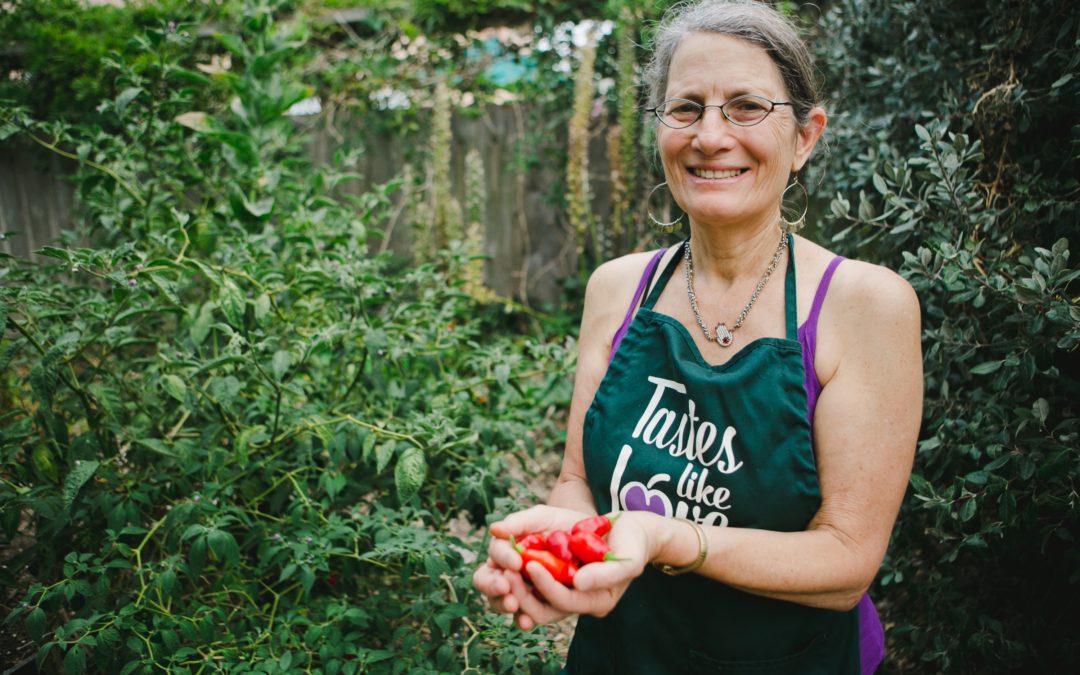 Set Up for Disease? We CAN Overcome!

In the United States of America, we have had our psyches profoundly shaped by an enduring story of personal responsibility and individual agency. We have been steeped in the myth of the American dream, a dream that fully embodies those values. This dream, in essence, says that anyone who works hard enough, who is persistent, who uses ingenuity and will-power, can achieve the good life, a life of happiness and prosperity. This dream embodies the idea that, as individuals, we can do whatever we set out to do if we apply strengths of character that anyone can cultivate if they choose.

As a New Thought metaphysical minister, I agree that we are creative agents in our own lives and that we have tremendous personal power to shape our experience. I find that there is a potential pitfall in this way of thinking, however, because personal responsibility and individual agency are an important contributor to our experience, but they only represent part of the picture. In fact, this incomplete view of our creative capacities distorts Universal spiritual principle in a way that often results in people feeling shame and blaming themselves when their life doesn’t turn out the way they want.

One of the areas in which I notice this is the arena of physical health, especially as it relates to diet. I find that many people feel shame about what they are eating or not eating, about when they are eating, and about how much they are eating. I hear people blaming themselves for their weight, their addictive eating, their food-related chronic illness. I hear people repetitively “shoulding” on themselves, yet not being able to bring their behavior into alignment with what they know they “should” be doing. (Just for the record, my position is that eliminating “should” from the English language would be extremely liberating and empowering!)

I think we might be able make a good case for people being solely responsible for their food-related disease, if we chose to do so, if the majority of people enjoyed vibrant health and if sickness was rare, and only conferred on those who refused to follow the dominant dietary pattern. In the U.S., however, the opposite is true. We find that the majority of people contract chronic diseases that rob them of health in the last 5, 10, 15, 20 or more years of their lives, and ultimately kill them. One of the largest studies ever done on the cause of death and disability was the 2010 Global Burden of Disease Study, commissioned by the Bill and Melinda Gates Foundation. It found that in the United States, the largest cause of death and disability is food. That’s right; what’s killing and disabling the vast majority of Americans is what’s on the end of our fork. 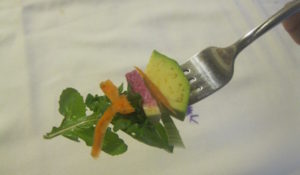 Wait a second. Wouldn’t individual agency dictate what’s on the end of our fork? If what we are eating is killing us, couldn’t we each, as individuals, make another choice about what to put on our fork? Isn’t it just that simple?

It is true that we each can make a choice to put life-sustaining foods on the end of our fork and can, as a result, enjoy vibrant health. The evidence is clear that many of us do that. I make that choice every day, for example, and at 60 years old I’m healthier than I was in my 20s and 30s, in large part because of my dietary choices. 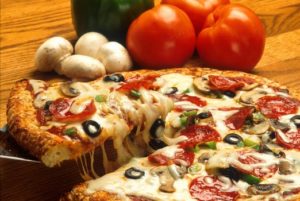 SADly, though, most people in our country eat some variation of the Standard American Diet (SAD), the very eating pattern that is implicated in the findings of the Global Burden of Disease Study as the number one killer in the U.S. I do not believe the reason is a lack of personal responsibility, individual agency, strength of character, or a deep intent to care for ourselves. In fact, during the course of my life, I have witnessed the incredible strength, ingenuity, resilience, and responsibility of the human spirit over and over and over again. I have witnessed adult survivors of unspeakable childhood trauma tackle their healing process with ferocious passion, ultimately emerging as victorious as they re-imagine possibilities for their lives. I have seen little children take on significant community problems and find solutions that adults had not yet envisioned. I have witnessed collective acts of courage, persistence, and agency that have resulted in mind-blowing paradigm shifts in institutions, systems, and governments that appeared to be unchangeable.

The root cause of our eating problem is not that we are inherently flawed and making poor individual choices. I am convinced that the reason most people in our country eat so much unhealthy food can be explained by a deeper look at the Universal principle that drives the creative process. Yes, each of us does have tremendous personal power to shape our experience and our destiny. Yet we are not isolated beings untouched by external influence. There is tremendous power in the collective to influence our world-view and to make certain choices easier, more expedient, and apparently more “normal” than other choices. In the U.S., although most individuals might be aware on some level that there are problems with the Standard American Diet, the fact of its ubiquity testifies to the collective acceptance of this as the normal and natural lifestyle.

In fact, we are indoctrinated into the cult of normalcy that surrounds this dietary pattern from the time we are little babies and so many of us are bottle-fed with dairy based formula, made from the mammary secretions of a cow and intended to take a baby calf from 60 pounds to about 400 pounds in a short period of time! Even if we are fortunate enough to be breastfed, when we are introduced to solid foods we will most likely progress through our developing dietary experience immersed in this SAD diet. We are too young to question what is being fed to us. We are simply hungry and we eat what we are fed. We trust our parents to care for us. And our parents, in the vast majority of cases, are trustworthy in terms of their intent to care for us in ways that reflect their best understanding of the world and how it works.

Yet our parents, like all other Americans, are making food choices in a context that not only normalizes the SAD diet, but has been intentionally constructed to make such a diet the most common choice. If we ask the question about how that food got on your fork, we could stop with the simple answer that you chose to put it there. That is insufficient to explain the disease epidemics, however, so it is imperative that we dig a little deeper. It is imperative that we uncover all of the systematic factors influencing our food choices.

When I speak with people about this, I find that most people are pretty savvy about certain factors. Most of us are not ignorant, for example, to the presence and influence of marketing and advertising. Most of us are aware that food producers employ a wide variety of effective tactics to lure us in and win our loyalty. Many are aware that foods are subsidized. There are also some large stories that I would call collective trances that influence food choices. For example, so many people I speak with say they don’t have time to make healthy food or that healthy food is too expensive.

There is also tremendous confusion about what constitutes healthy food, and confusion often results in paralysis. It is challenging to find accurate information about nutrition in a landscape so cluttered by vested interest. And it is the vast, interconnected web of vested interest that I think is the most compelling factor driving our dietary choices. I would love to share just a little bit about these influencing factors, and will also give resources to dig deeper for you if you like.

Here are just a few of the components of this web of factors that create the context of food choice in the United States (and increasingly elsewhere). I am not listing them in order of importance, since they feed off of and reinforce each other.

So, to make it clear, who are the players that are beneficiaries of the current U.S. health epidemics? Here are a few:

I think it is very telling that Kaiser Permanente, a very large provider of medical care but also an insurance company, has taken a strong stand in favor of whole food plant-based nutrition. As an insurance company, it is in their financial interest to promote health, not disease. They have instructed their entire network of physicians to recommend such a diet for their patients, and created a free downloadable pamphlet for consumers to encourage a shift to a plant-based diet.

Follow the money. I believe that doing so is the best way to understand the context of food choice in the United States of America, and SADly in an increasing number of countries worldwide as they adopt our dietary patterns. This is an expression of the collective conscience that greatly impacts personal choice.

In closing, though, I want to end on a hopeful note. I want to remind myself and anyone reading this who may be feeling angry, paralyzed, depressed, or otherwise impacted by this information, that we are, indeed, always at choice. The environment can constrain our choices to some extent, and can certainly make it more likely that we will favor some choices over others. But ultimately, we are always at choice. When we educate ourselves about the many interests that delight in our sickness on their way to the bank, we can respond with a resounding “NO” to their enticements, “NO” to their lies, and “NO” to them having any power over us or our lives. We can make the choice to feed ourselves and our families whole, healthy, vibrant foods that result in vibrant health.

When enough of us choose to act in this way, we will turn this around. We will collectively create a context in which healthy, life-serving, just, and compassionate choices are more likely to end up on the forks of Americans and others around the world.

That’s where I’m going! Are you with me?